WHAT THE CLUCK IS CHICKEN POLICE?

Chicken Police is an "Orwellesque Buddycop Noir Adventure", with a carefully crafted world, a gritty, dark story, and absurd humor.

Sonny Featherland and Marty MacChicken were once legendary detective partners in Clawville PD. Predatory division, nicknamed as the Chicken Police. But that was a decade ago and time had passed them by... Sonny is a semi-alcoholic wreck of a bird on paid leave, while Marty still hides behind the facade of a star-detective.

On the night of New Year's Eve, a mysterious woman visits Sonny with an errand which goes back to a dark corner of his past. Now, Sonny and Marty are back together again on a case stranger than anything they've ever encountered before...

Chicken Police is a story- and dialogue-heavy game combining elements of the visual novel and classic adventure genres. There will be more than 30 characters to talk to, with some having to be seriously interrogated. Collect tons of clues, evidence and sensitive personal information from the shady characters of Clawville to be used ruthlessly against them!

Chicken Police has a weirdly stunning visual style with photo-manipulation and photo-realistic 3D backgrounds, inspired by classic film-noir movies like The Big Sleep, Double Indemnity or Gilda and games like Grim Fandango, Policenauts (and Snatcher), L.A.Noire, Ace Attorney or the Tex Murphy series.

The noir mood is enhanced by a beautiful musical score, backed up by professional voice acting  from the studio that brought you the voices of The Wolf Among Us, Horizon Zero Dawn and Warhammer: End Times - Vermintide 2.

DESCTRUCTOID: "I know I mostly cover animal-based games, but few have ever stopped me dead in my tracks like this one. I mean, did you hear that song in the trailer? That's original music, baby! I'm a sucker for games with quirky themes and original music, so of course, I took notice to this one straight away. Mix that with the animals-as-people motif and spot-on detective visuals, and yeah I didn't really stand a chance."

Would a Linux version be possible? 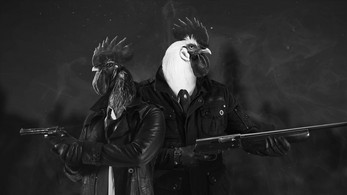 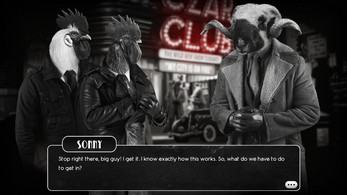 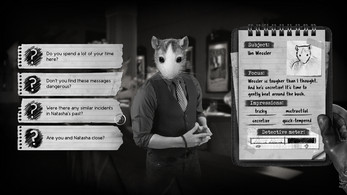 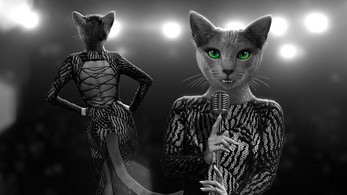 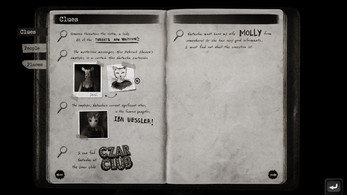 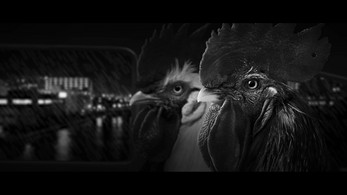